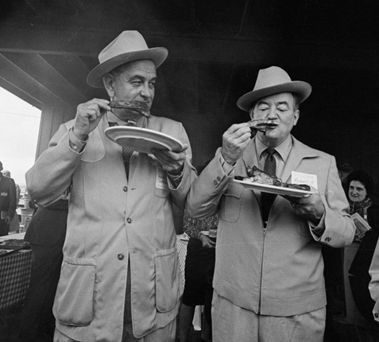 Barbecue is coined a truly unique American culinary tradition. It is said that barbecue is to food what Jazz is to music, an American creation. While I don’t intend to debate this here, there is one thing about barbecue that is irrefutable, its connection to politics. Older than the Republic itself, barbecue has been an important event, deeply tied to our current campaigning system, for good or ill.

When large Barbecues first appeared in colonial-era Southern plantations, politicians seeking election gathered on court business days to be selected or denied office. Seated behind tables, they watched as voters publicly announced their support for either candidate, a risky move for the voter since the winner knew who supported them. Of course, these politicians were thought to be ethical, honorable men who would never reduce themselves to pandering for votes or using their office for personal gain.

If one candidate chose to offer free food and drink on election day (often in the form of a barbecue), onlookers believed it was done to benefit his fellow citizens. Such a gesture was in no way perceived as an attempt to draw more support. Barbecues of this sort persisted through the revolution and still survive today, though modern barbecues are used to raise funding, and those days of free food and drink are long gone. Political interests aside, the emergence of barbecue is still a hotly debated topic, with many experts pondering the origin of the word itself.

Defining barbecue (let alone its spelling) is as problematic today as when George Washington first documented his experiences in his diary. One entry from 1769 reads as, “went into Alexandria to a Barbicue and stayed all Night.” I was able to find a more enlightening quote in a letter he penned to Henry Bouquet in 1758 during the French and Indian war. Washington complained of the lack of supplies and wrote, “That we have not an Oz. of Salt Provision’s of any kind here, and that it is impossible to preserve the Fresh (especially as we have no Salt) by any other Means than Barbacuing it in the Ind’n manner; in doing which it looses near a half; so that a Party who receives 10 days Provision’s will be obliged to live on little better than 5 days’ allowance of meat” (1). While Washington thought of barbecue as an event to which one might spend the night (and win a few shillings playing poker), he also recognized it as a cooking method.

From the first colonial barbecues of the 17th century to the state barbecues of Lyndon B. Johnson, the method of barbecue remained unchanged; a hole or pit dug in the ground and a fire built from whole logs; typically hickory. Once the fire had burned down to smoldering hot coals, sapling branches were laid over the fire, and then the meat was added on top of the wooden cooking grate. The object was slow roasting, and while this method appears to have more in common with modern grilling than modern barbecue, it is how the latter got its start.

Large barbecues were time consuming and quite expensive. Pits could reach 40 feet in length and would often require more than one. On one hand, these events were typically financed by wealthy patrons or by guests who purchased shares or tickets ahead of time. On the other hand, political barbecues were designed to entice people with the promise of free food and drink and required someone with deep pockets to finance them.

After the American Revolution, barbecues remained the standard method of gathering a crowd for political stump speeches, except for the presidential office. Early presidents didn’t think highly of campaigning and did little to seek votes until the election of 1828. Stinging from his defeat at the hands of the House of Representatives in 1824, Andrew Jackson, with the help of future president Martin Van Buren, created what we now recognize as the first presidential campaign. This new approach required a great deal of traveling, shaking hands, kissing babies, and of course, attending barbecues.

Whatever the criticism, Andrew Jackson was victorious not only in the election but also in his appeal. Nearly twice as many voters turned out in 1828 than had in 1824 when Jackson squared off against John Quincy Adams and John C. Calhoun. Both the populist appeal and the food laden barbecues kept team Jackson and Van Buren in the White House for 12 years, thus changing the American political landscape. With their newly concocted formula, a golden age of Barbecues and Politics(2) emerged. This strategy lasted until the disastrous New York barbecue of 1860(3).

Seeking the Oval Office in 1860, Stephen Douglas’ team organized what is referred to as New York City’s first barbecue. A large affair of speeches, fairs, and of course a barbecue topped with all the trimmings and a whole smoked Ox. A local butcher named Bryan Lawrence was hired to prepare the feast consisting of the said ox, plus a heifer, a hog, and two sheep. Unfortunately, Mr. Lawrence’s skills were not up to the task, and the resulting barbecue ended with massive chunks of inedible charred meat. Nevertheless, the hungry mob broke through the fences, and the riot took over 300 of New York City’s finest to restore order so that Douglas could make his speech. Unfortunately, the crowd had become far too unruly to listen.

While political barbecues continued to persist, they were usually fundraisers for local elections. The relationship between presidential candidates and barbecue  was now reduced to a quick photo op at a local barbecue joint on the road to Election Day. That is not to say that some presidents didn’t love barbecue. Most notably, Lyndon B. Johnson threw elaborate “state” functions on his ranch in Texas, catered by his favorite pitmaster Walter Jetton–who became something of a celebrity chef in his time. Prominent politicians and heads of state from around the world were invited to these affairs.

Today, many barbecue eating candidates attempt to prove their connection with ordinary voters and demonstrate some Southern sympathy. This runs true when a candidate is from the South, and it becomes vital to defend their particular style of barbecue versus all others. Of course, this is a dangerous path to tread. Just ask Republican candidate Rick Perry when he made a negative comment comparing North Carolina Barbecue to roadkill; a story that surfaced during his run for the White House in September of 1992. It just so turns out that it’s best to hold your tongue and show appreciation for regional styles when it comes to mixing barbecue and politics. 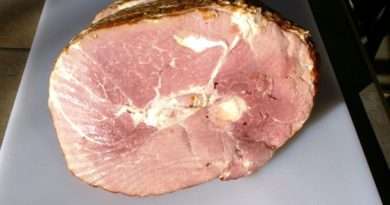 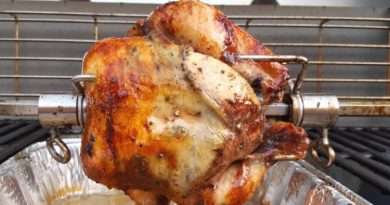 How to Make Rotisserie Chicken