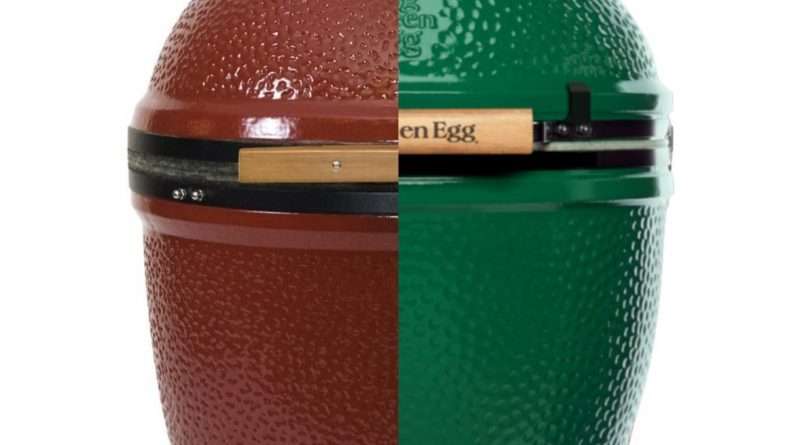 The Kamado grill was not invented by Big Green Egg nor is it a 2,000 year old piece of Japanese cooking equipment. The Kamado grill is the fusion of Japanese tradition and the American need to grill a steak. Servicemen stationed in Japan after the war pulled out the bowl of a charcoal-burning ceramic cooker, added a wire cooking grate and started grilling. Japanese craftsmen observed this need and started producing what we now call the Kamado Grill.

One of those servicemen was a man named Ed Fisher. In 1974, he opened a store in Atlanta selling clay cookers built on the Kamado design. Several years of improvements followed and those fragile clay cookers evolved into the Big Green Egg. Slowly but steadily, the Egg caught on. Consumers of these grills experimented. They figured out how to do low and slow barbecue, pizza making, baking, and much more on this versatile charcoal cooker.

Fans of this grill drove its growth more than the company itself. The first Big Green Egg website was fan-created, as was its first online forum, and the fan event known as Eggtoberfest. While the company embraced and encouraged these things, it was loyal consumers that innovated. Many popular ‘EGGcessories’ are based on tools created by users to improve their own personal cooking experience. Fortune smiled upon Big Green Egg and while there were competitors, they never challenged the Egg.

Then in 2009, at the HPBA Trade show in Orlando, something new showed up. It wasn’t new in design, function, or anything quite so practical. It was new in its marketing. Other than that, it was big, egg-shaped, and red. The first prototype of the bright red Kamado Joe had a noticeable smudge on the dome just below the temperature gauge. This was the place where the Big Green Egg logo had been rubbed out when its red copy had been molded. Kamado Joe didn’t come to build a better Kamado Grill. They loved their eggs. They wanted a better deal. And they wanted the basic accessories included in one package for an unbeatable price.

At first, this almost seemed possible. You could buy a Kamado Joe that was just like a Big Green Egg and get a nest, side tables, and plate setter for the same price as the Egg without the extras. Of course, that didn’t last long. Today (and I mean as of this writing), you can buy a Big Green Egg large for $899USD or a Kamado Joe Classic II for $1,199. With the Egg, you get, well the Egg. With the Joe, you get the extras. If you price those extras from Big Green Egg, they cost a bit more than the $300 difference between these grills. On the other hand, I’ve talked with a lot of Egg retailers and they will put that package together for the same price.

So really, is there a difference? You can buy a Kamado Joe online. You can’t with the Big Green Egg. In fact, Big Green Eggs are only sold through a very tightly controlled network of local retailers. No big box or club stores. While Kamado Joe does have a retailer network, it doesn’t put the same kind of restrictions in place. This does make the Kamado Joe more accessible to customers, but again, not a real difference in the products.

The real difference is in the forward visions of these two companies. Big Green Egg has an excellent reputation. They provide great customer support and build a great product, but much the brand’s innovation in accessories and marketing has come from its customers and not from the company. Kamado Joe was actually started by people in marketing. They envisioned a better package and a better marketing strategy. While much of this hasn’t come to fruition, Kamado Joe has proven to be better at innovation and this is helped them leap ahead of the game.

Kamado Joe started with its copy of the Big Green Egg. They quickly learned that they were going to have to separate themselves from their inspiration, especially when pricing reality set in. To this end, they looked at the faults of the Egg. Those of you who with experience with the old Egg top vent, you know that lifting the lid could cause the vent to turn, changing your carefully set temperature controls. It was a hassle. Kamado Joe designed a better vent cap.

Big Green Egg’s solution to the cooking grate was a simple, porcelain-coated steel wire rack. They sold some accessories to provide more features, but Kamado Joe went back and designed a cooking grate solution that included a huge list of accessories into a single system. Consumers bought the bits they wanted, but suddenly had a wider and easier range of cooking variations. Some of the improvements may have been small, but others were obvious and long needed. Kamado Joe, like Big Green Egg, didn’t invent the Kamado, but they weren’t going to sit around and assume success. They innovated. Want a rotisserie for your Kamado? Joe can hook you up.

How about the biggest issue? The one that generates more complaints and problems for kamado users? The gasket. Between the lid and the body sits a seal that maintains airflow control and buffers the lid from the body, preventing damage if the lid happens to close too hard. In the early days, this gasket was made of felt. Yes, a combustible material, but it worked well enough. After a few years, or an ‘incident’, you replaced it. The Egg still uses this inexpensive solution. Joe has switched to a fireproof, wire mesh fiberglass gasket. Oh, and the Joe’s lid locks in place ensuring a tight seal.

So how can Kamado Joe save Big Green Egg, you ask? Look at the new top vent on the Egg. it isn’t perfect, but it doesn’t move when you lift the lid (though they have now added an optional rain shield too). Shortly after Kamado Joe introduced their ‘divide and conquer’ cooking system of grate accessories, Big Green Egg came out with their EGGSpander system. Both sets of accessories expand capabilities and create a new revenue stream of sales. There are many other elements in need of improvement so maybe, just maybe, those innovations will come. Considering the decline in Kamado sales in recent years, as more and more backyard cooks switch to pellet grills, innovation is not only needed, it is necessary.

Would Big Green Egg have made these changes if they hadn’t been pressured by the young upstart Joe? Maybe? They won’t admit to the pressure and we can’t blame them for that. The industry leader never admits to competitive pressure, and perhaps now they will move forward more progressively.

There has always been competition in the Kamado industry. In the early days, Big Green Egg competed against compete with Primo and Grill Dome. Though both companies produced a very different looking product. The Kamado Joe was a direct attack on Big Green Egg. It started as a near-perfect copy and then evolved from there. Big Green Egg has focused on lifestyle marketing and lived secure in its industry dominance. With so many players in the market space both on the low and high end, this is a dominance may not last forever.

See the list of the best Kamado Grills for more options. 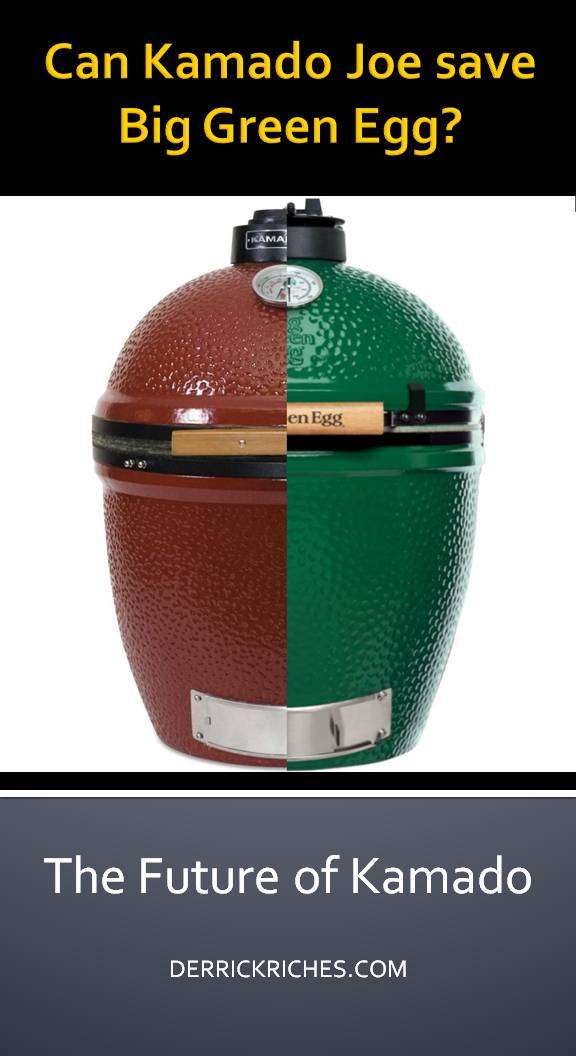 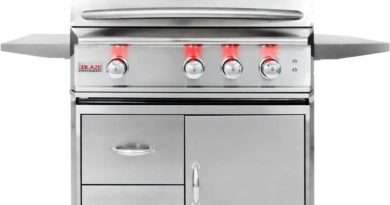 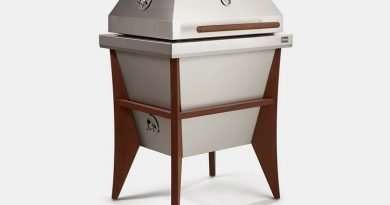 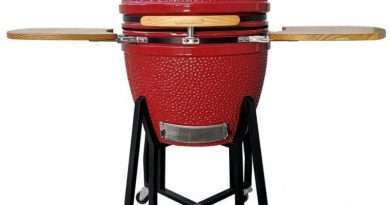 6 thoughts on “Can Kamado Joe save Big Green Egg?”