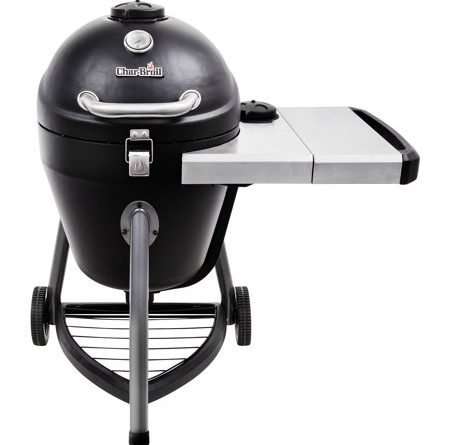 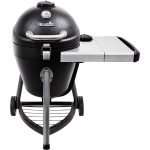 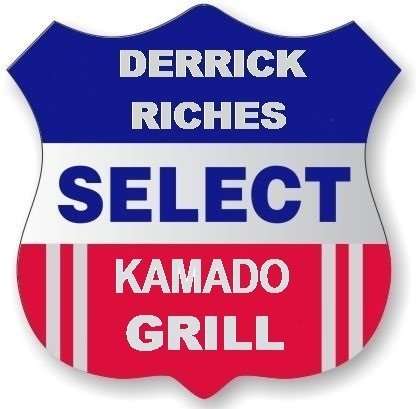 When Char-Broil first introduced their version of the Kamado Grill I have to admit that I was not enthusiastic. The test model I received had some assembly issues (parts not lining up properly) and a large number of plastic parts was discouraging. Kamado grills are known for holding low temperatures as well as hitting very high temperatures. As I tested the grill I found that it could do both of these things. However, there were issues. Let me discuss the design before I get into all that.

Like any good kamado grill, the Kamander has a highly insulated body. It holds the heat inside and requires less charcoal to cook with than regular grills. Temperature is controlled by letting air in at the bottom and releasing it through the top. Char-Broil has cleverly attached an air duct to the bottom vent so that it's adjustment is built into the side table. You can easily adjust both vents at the same time and without having to bend over.

Aside from this arrangement, this is a kamado grill and built very much like similar metal units. Yes, this is not a ceramic grill. While many love the classic ceramic 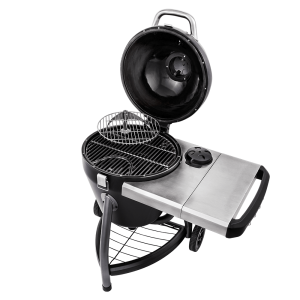 kamado, it is fragile, hard to move, and very heavy. This grill is not only none of those things, but it also comes mounted on wheels that make it easy to move. The Kamader comes with everything you need for most styles of Kamado cooking from low and slow barbecue to high-temperature grilling.

On the model I tested, that duct that connects the bottom vent to the side table was plastic. It melted at high temperatures. This was a problem that many people have encountered. Char-Broil has fixed this problem by replacing the duct and the vents with steel and cast iron parts. If you happen to have one of the older models, contact Char-Broil, and they will replace them (provided you bothered to register the grill when you bought it). These changes make it possible for this grill to hit the highest temperatures without basically ruining the grill. This is a good thing.

On the low end, this grill is a little limited in the area of temperature control. A lack of tight-fitting parts means that the grill leaks air. This is particularly true the connections that make that duct fit properly. Also, the top and 'bottom' vents don't fit tight enough to completely limit airflow. To hold precise low temperatures the grill needs more monitoring than most kamado grills. Ultimately, this is not the kind of kamado that allows for exact cooking capabilities that most kamado grill owners expect. It's good. Just not great. But then, you do get what you pay for and considering the size and promises of this grill, it is downright cheap. 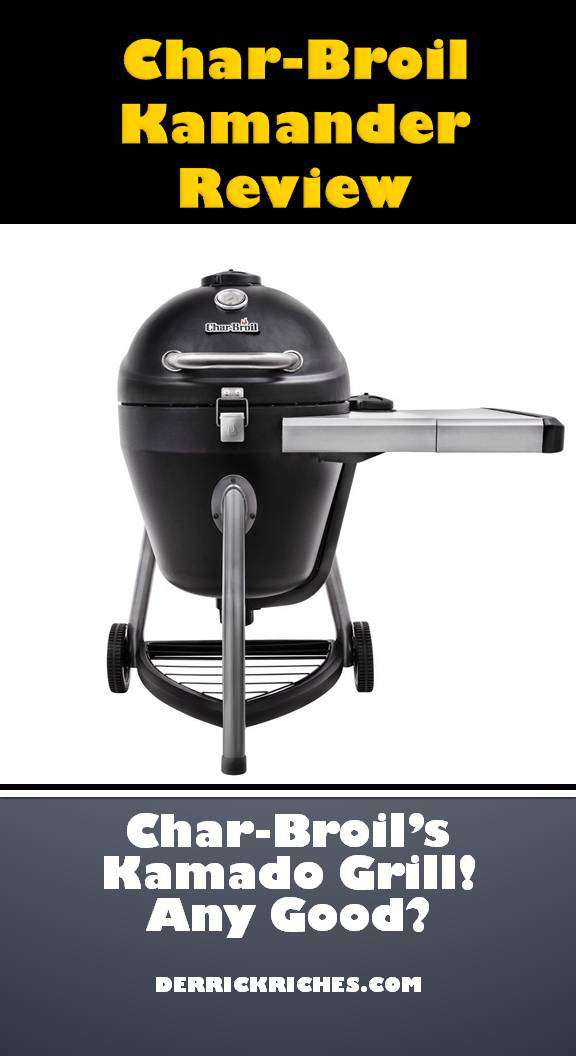 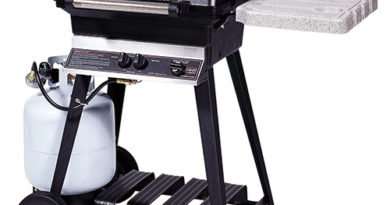 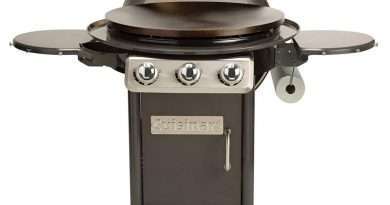 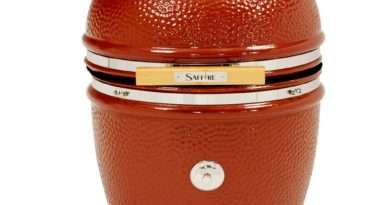