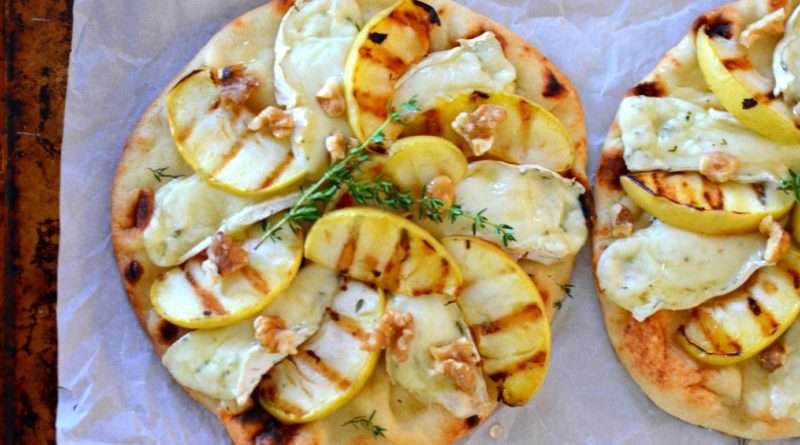 This grilled apple-brie naan pizza follows a multi-step grilling process of grilling the apples first, then slicing and adding them to the pizza. Think of these as personal pizzas where a single naan bread creates the perfect portion. Don’t worry if you can’t find naan; any similar sized ready-made pizza crust or flatbread will do!

What is naan bread?

Like Mediterranean and Middle Eastern pita bread, naan is a popular flatbread found in South Asian cuisine. However, unlike pita, naan is made with yeast, yogurt, and milk. Some pita bread can be thinner and dryer in texture, while naan, particularly those available pre-packaged at most grocery stores, are softer and thicker. They make a delicious crust for these grilled apple-brie naan pizzas; however, you can substitute with a ready-made pizza crust or thicker pita varieties.

Apples: We used golden delicious apples for this recipe, but any sweet apple will do!

Brie Cheese: Standard brie cheese will do. It melts beautifully, and the best part is that you do not have to remove the rind!

Maple Syrup: Look for “real” or “pure” maple syrup rather than anything labeled pancake syrup.

Nuts: We developed this recipe using toasted walnuts, but pecans or hazelnuts would also work well.

Olive Oil: Avoid extra virgin olive oil. However, you can use canola or vegetable oil if you do not have olive oil at your disposal.

Herbs: We use fresh thyme leave for this recipe because it compliments the apple-brie combination. You can substitute with a small amount of chopped sage if preferred.

-You can grill the apples ahead of time, slice them, and store the pieces in an airtight container in the refrigerator the day before using. Do not overcook, or the apples will become mushy.

-Serve this grilled apple-brie naan pizza as an appetizer. Slice into fourths and set them out on a charcuterie board, along with other items you’ll be serving. Add our Plank Grilled Brie with Fig Preserves recipe as well!

This is a multi-step grilling recipe that requires the apples to be grilled, then sliced and added to the pizza. Think of these as personal pizzas where a single naan bread is the perfect size. Don't worry if you can't find naan, any similar sized ready made pizza crust or flatbread will do!
5 from 2 votes
Print Pin
Course: Main Dish
Cuisine: Fusion
Prep Time: 20 minutes
Cook Time: 7 minutes
Total Time: 27 minutes
Servings: 6 People
Author: Sabrina Baksh

Photo and recipe by: Sabrina Baksh

Check out all our best grills and smoked appetizer recipes! 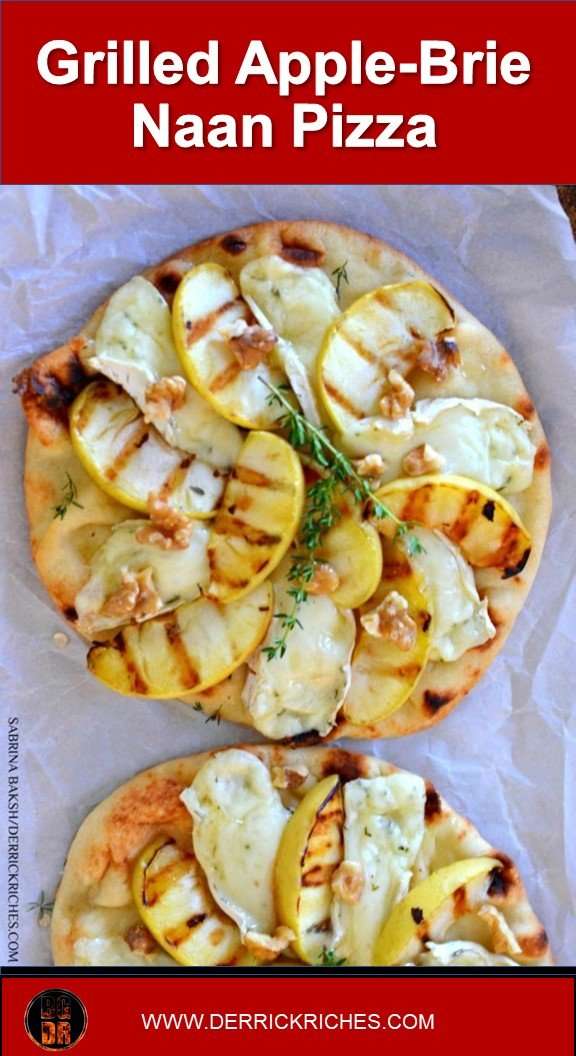 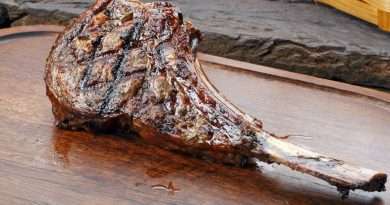 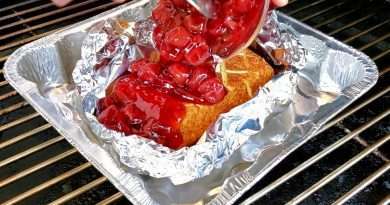 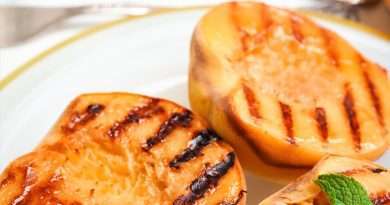