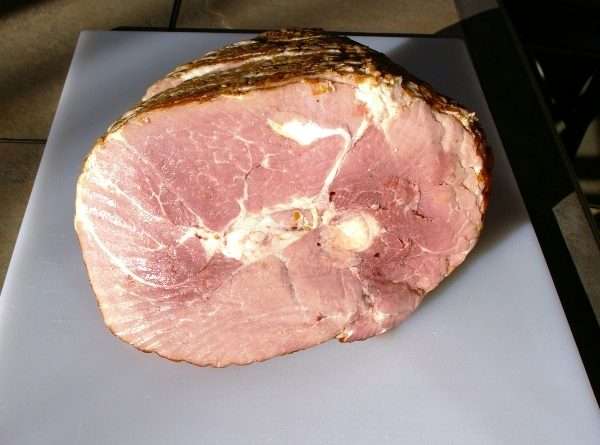 The trouble most people have when selecting a ham is not knowing what a ham really is. Technically, a ham is the entire back leg of a hog. Each pig has two. When most of us think of ham, we think of a piece of meat with a pinkish color and a sweet, smoky flavor. So, suppose the most basic definition of ham is a large pork roast. In that case, the following definition is a type of preserved meat not necessarily precooked but cured with salt or other preservatives. The old-fashioned way of preserving ham is with salt and cold smoking. It is never cooked. The preservation process kills off the bacteria and changes the flavor and texture of the meat into what we think of as ham. More recently, most hams are pumped full of phosphates (preservatives), saltwater and then cooked in a chamber filled with liquid smoke mist.
The phosphates preserve the meat, and the saltwater gives it a traditional flavor and texture. Using these items also increases the weight to hold down the cost per pound. Doing so makes modern hams seem more reasonably priced.
So what kind of ham should you buy? The first thing you have to decide is the price point. The more time spent making the ham, the more expensive it will be. A country ham, aged up to a year, can set your pocketbook back. These traditional hams are hard to find in stores and usually mail-ordered. This variety is heavy on salt and will need to be soaked and cooked before consuming.
On the other hand, modern hams can be purchased, sliced, and served. However, most hams are best should be served warm. Grilling ham gives an added smokiness and is an excellent way to prepare ham regardless of type. Keep in mind that it’s best to grill large hams indirectly.
Next, you should consider the size. Whole hams can be up to 20 pounds, which could leave you dealing with leftovers for weeks. Not a problem if you don’t mind a nearly endless supply of ham sandwiches, omelets, or salads. The general rule is to plan for 6 to 8 ounces of boneless ham per serving or 8 to 12 ounces of bone-in ham per serving. Hams can be purchased in sections, usually either the rounded butt end or the lower shank end. The butt end is more difficult to carve because of the shape and position of the bone but is meatier. The shank end gives smaller pieces but is easier to slice. Of course, you can always buy pre-sliced hams to make it easier for preparation but plan on not storing them in the refrigerator as long.
As always, if you have any questions, ask your butcher. If you buy a packaged ham, make sure to read the label. Some hams, including some canned hams, must be refrigerated. A good, well packaged country ham doesn’t need refrigeration, as the process for making these predates refrigeration. So make sure you know how to treat it. Country hams, in particular, can require a good deal of preparation. They are also something of an acquired taste. It’s best to try a sample before spending a lot of money on one. 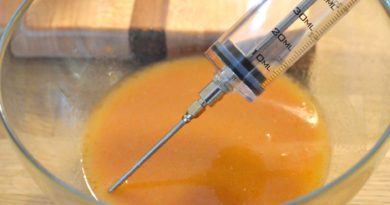 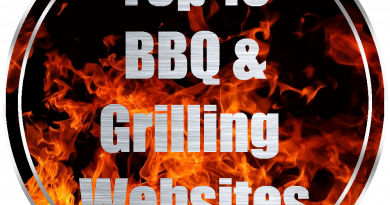 The Most Popular BBQ & Grilling Websites 2021 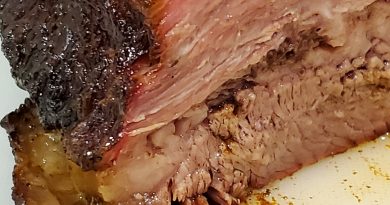 How to Make Barbecue Brisket