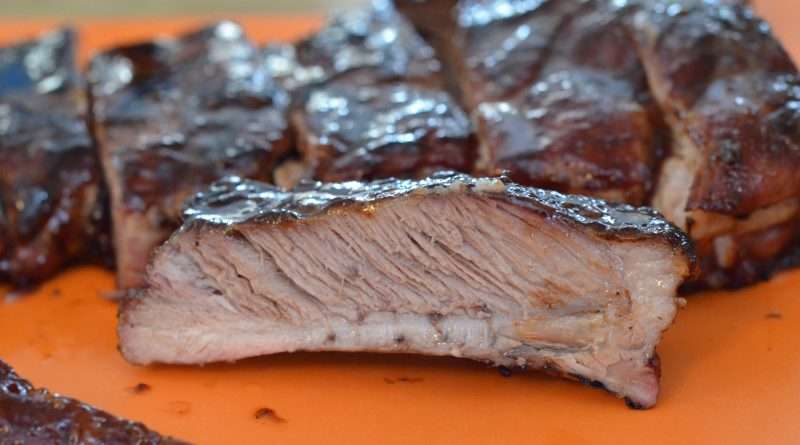 St Louis barbecue sauce is thin, and its flavor is tangier than Kansas City style sauces. St. Louis barbecue has a variety of influences, so this sauce varies from pitmaster to home chef. We have nailed down our favorite version for you to try the next time you smoke, grill, or bake a rack of pork ribs.

St Louis style of barbecue is characterized by grilling and saucing. Because this sauce contains some sugar, it can burn at higher temperatures. Use it only when the meat is cooking over low heat or slather on toward the end of cook time.

The origin of this barbecue style starts with a grocer by the name of Louis Maull of St. Louis. He got his start selling groceries out of a horse-drawn wagon in the late nineteenth century. Thirty years later, he debuted Maull’s Barbecue Sauce, two decades before H.J. Heinz bottled his first sauce. Maul’s St. Louis barbecue sauce had none of the liquid smoke you might find in Kansas City-style barbecue sauces. He even boasted upward of twenty ingredients in his sauce. Our recipe keeps the number much lower! 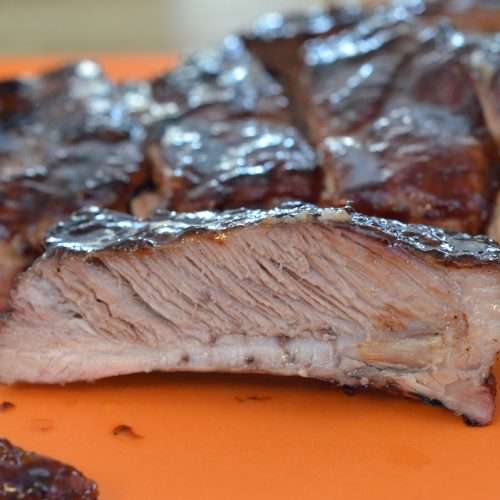 St. Louis Barbecue Sauce is thinner in consistency and tangier than its Kansas City cousin. Being at the crossroads, St. Louis style barbecue has many influences. With that said, there are many ways to prepare this sauce. This just happens to be my take on it.Photo by: Sabrina Baksh
5 from 1 vote
Print Pin Rate
Course: Sauces
Cuisine: American BBQ
Keyword: barbecue sauce, st louis
Prep Time: 15 minutes
Cook Time: 20 minutes
Total Time: 35 minutes
Servings: 4 Cups
Calories: 220kcal
Author: Derrick Riches 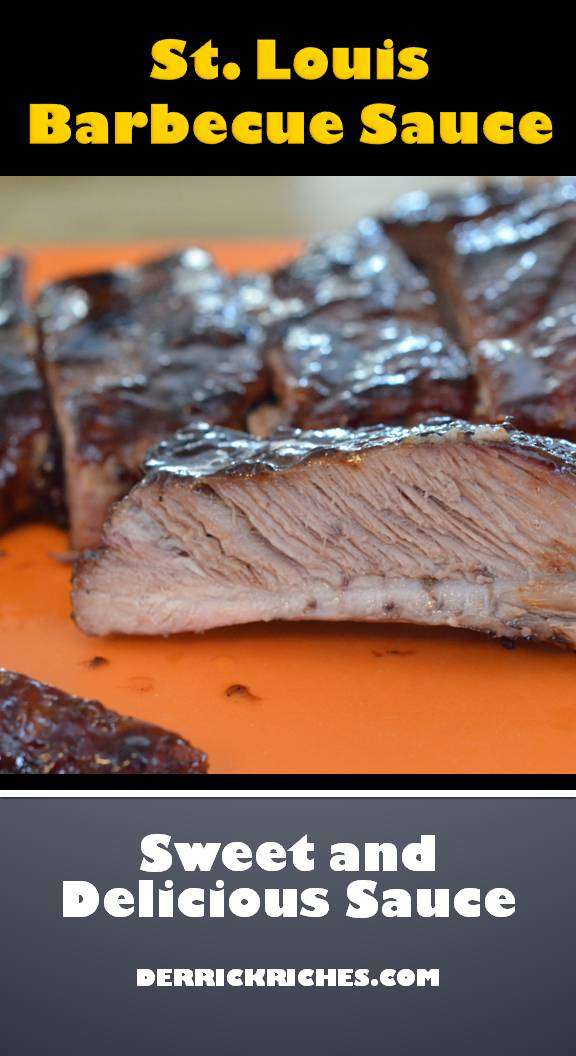 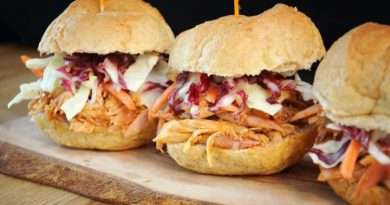 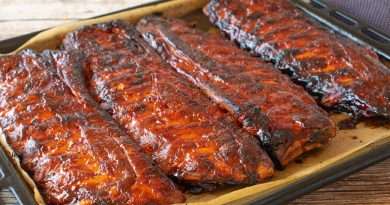 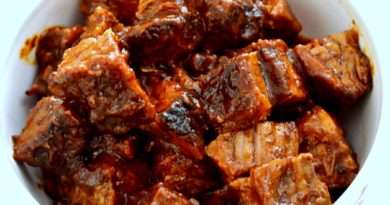