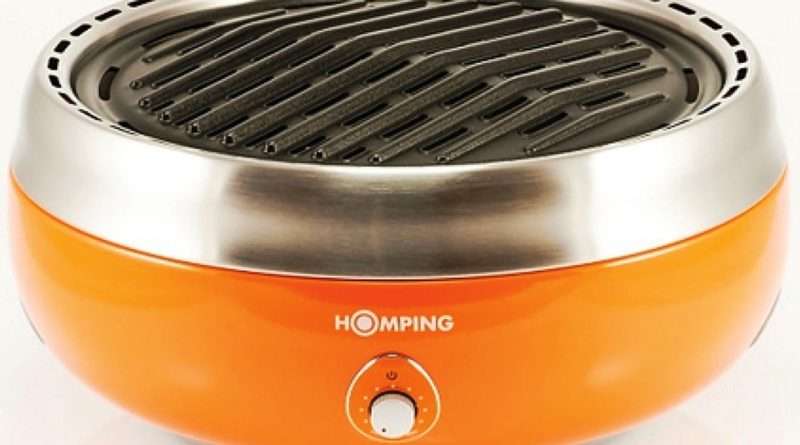 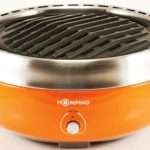 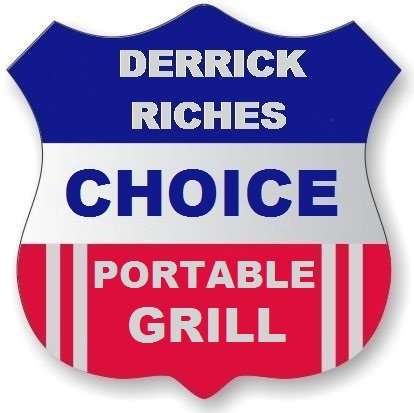 The somewhat unfortunately named Homping Grill is the latest in the fan accelerated portable charcoal grill category. A small amount of charcoal (around 8 standard briquettes) is placed in the firepot and lit with a gel lighter. The fan can be adjusted to accelerate the burning of the charcoal so it reaches temperatures over 400 degrees F/200 degrees C. This is an excellent grilling temperature for a portable grill and this little unit will do a great job cooking virtually anything that will fit on its 11-inch diameter cooking grate.

The unit is also easy to maintain. Grease is collected in a large stainless steel collector that can be easily removed and cleaned. In fact, all the parts that will get dirty can be put in the dishwasher for easy clean up. The cooking area is small, so this won't do for large gatherings, but for a quick trip to the beach or park, it is a good little grill. Of course, the price is a little steep. At around $200USD, it is one of the more expensive portable grills, especially when considering the size and the fact that more traditional portable charcoal grills can produce the same heat for a fraction of the price.

This grill was designed in Korea and is really produced for that style of grilling. Yes, Koreans love to grill and have restaurants dedicated to letting you do your own grilling. There are a few differences between Western and Korean grilling, however. Koreans hate any bits of char on foods and will cut it off if it happens. They also tend to restrict their grilling to very thin cuts of meat. While excellent, this style of cooking is not as conducive to grilling a thick cut steak. The Homping grill has a problem distributing its heat across the cooking surface. My testing found problems getting a single steak cooked evenly, let alone more than one. The problem is that there is not heat distribution plate over the firepot so the center is a bit like a blowtorch, while the edges are relatively cool. Since the fire pot is only a couple of inches wide, foods need to be moved frequently to get even cooking.

This isn't to say that this isn't a fun little grill to play with. Running on four AA-Batteries and weighing under 9 pounds it can be taken anywhere easily. The fan accelerator allows this grill to reach cooking temperatures in minutes and clean up, as I said above, it easy. While a great little grill, it isn't the only one of its kind. The Cook-Air Wood Fired Grill has a larger cooking surface and more powerful fan for higher temperatures. Plus the Cook-Air is about $50USD less. 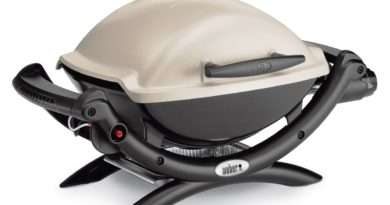 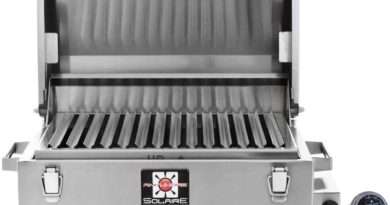 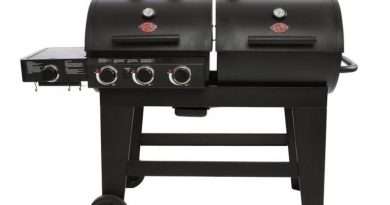