We often hear the story of the young pitmaster learning the craft at the knee of an elder and how barbecue traditions passed from one generation to another. Travelers to the barbecue belt brought back some tips and hints, but little in the way of comprehensive instructions. Occasionally, a book might contain a recipe or two but lacked a deep understanding of the cooking techniques.

Of course, not all cookbooks were devoid of good information, but old-style barbecue wasn’t cooked in a smoker. It was cooked over a pit, dug in the ground. Few people were ready for a recipe whose first step called for a shovel. That is not to say that the true word of barbecue didn’t spread. It did, slowly. 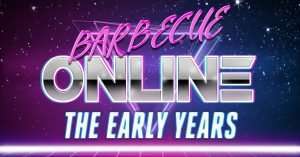 Then came the internet, bringing BBQ online. People started sharing secrets, tips, and techniques. This sharing, like the internet itself, was not limited by geography. The word spread faster and faster. Soon American Southern barbecue was discussed and practiced in the great Northwest, New England, and worldwide. The internet isn’t solely responsible for this, but it is one of the most important sources for creating a modern global barbecue community.

At first, there was the Usenet. It predated the World Wide Web by more than a decade, and in this early precursor to Reddit, there was alt.food.barbecue. It was through this medium that barbecue conversations started. Hobbyists and competitors alike discussed cookers and competitions, the stall and the Texas crutch, recipes, and techniques. There were articles on the quality of smoke, its chemical reactions to proteins, and yielding the best results. Barbecue fans from around the world logged in to this online community to ask and answer questions.

This gave way to the creation of BBQ FAQ and its comprehensive collection of barbecue knowledge. The discussions were not always civil, as flame wars often erupted. Unfortunately, this sort of posturing was far too common on the internet in the 80s and 90s. For this reason, audiences migrated to websites. They had singular voices and far fewer arguments to sift through.

In the mid 90s more websites emerged, starting with a few, then growing into the hundreds. Competitors, restaurateurs, caterers, and backyard hobbyists launched website after website. They coordinated the competitions, shared recipes, trade secrets, and those coveted smoker plans and pit modifications. Anyone serious about barbecue had a custom-built pit. It was aspirational, but a unique pit was also worth endless bragging rights.

Amazingly, many of these sites remain live today in their original form. You can still find Lineback’s Lexington Collection, Garry Howard’s BBQ Pit, Dan Cannon’s BBQ Whisperer, and dozens more. They might look primitive by modern standards, but these sites disseminated the message to an increasingly eager community.

Garry Howard created and hosted the Smoke Ring to form a searchable website index during the natal stages of search engines. Approved websites added code to the bottom of their pages,

allowing a reader to move from site to site, exploring barbecue related topics. By its end, the Smoke Ring had more than 1,200 websites listed, ranging from recipe collections to manufacturing sites and storefronts. The Ring also had a discussion forum, which is still in use today.

Most of these websites were small and reflected the experiences of a single person. While they contained a wealth of information, no one site stood out as the biggest until the emergence of Barbecue’n on the Internet. This site was the brainchild of Texas Oilman, internet enthusiast, and serious backyard cook Charlie McMurrey.

Charlie had a dream of creating not just a phenomenal barbecue site but a storefront for barbecue products where he sold everything from MHP Grills, sauces, wood pellets, and Ed Roith’s Happy Holla Rub (that helped capture championships at the American Royal). This store was loaded, and the hook was a website filled with answers to every barbecue and grilling related question.

Those puzzled by some of these names might be thinking that this all happened 10 or 15 years ago. No, Barbecue’n on the Internet started in late 1995 with a more formal launch in early 1996. Just for perspective, Jeff Bezos launched Amazon in 1994, and while Charlie was busy filling his online store with barbecue wares, Amazon only sold books.

Charlie McMurrey didn’t do this alone. He recruited Curtis “Smoky” Hale to write content and boost the site’s authority. If you don’t know who Smoky Hale was, you are probably new to barbecue. Smoky Hale was a legend in barbecue from the 1980s up until he died in 2018. He was inducted into the original (and now defunct BBQ Hall of Fame), authored two barbecue cookbooks, and received the Jack Daniels Prestige Award. 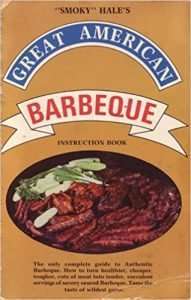 Smoky competed and taught classes, but more importantly, he advocated for true low and slow barbecue in an era where this term was associated with burnt chicken, burgers, and hot dogs. He researched, wrote, and published his first book, “The Great American Barbecue Instruction Book” (1985), and laid out not only what barbecue was and how to prepare it, but what would increasingly be the narrative of its origins. Smoky was on a mission to teach proper barbecue and even authored a weekly newspaper column on the subject.

The expertise that Smoky brought to Barbecue’n on the Internet helped it become the largest depository of barbecue recipes and techniques of its time. He answered reader questions, debunked myths, explored the science of smoke, and pontificated barbecue to an ever growing audience. In the late 1990s, Smoky was the “leading scholar of barbecue” as Joe O’Connell put it on the old California BBQ Association website. While he continued teaching and writing on multiple platforms, Barbecue’n was his primary medium for spreading the gospel and this website grew famous quickly.

Barbecue’n on the Internet was immediately recognized and awarded. In 1996 alone, accolades rolled in from Texas Monthly Magazine, Men’s Journal, WRKO Radio, The Wall Street Journal, Epicurious, The James Beard Foundation, CNN, and many more. But the recognition was global with the website referenced by media sources in Australia, France, Canada, and a dozen other countries. Ultimately, the mentions (and backlinks) would number in the thousands. This site became synonymous with barbecue online. By its peak popularity around 2006, the site drew numbers that made major media companies envious.

However, all early sites and discussion groups combined influenced the emergence of a global barbecue community. In 1998, John Wells launched the British Barbecue Pit, a website dedicated to the perfection of ‘American-Style’ barbecue in Britain. This site is not the first source for traditional barbecue information in the UK, but an indication that American barbecue had piqued interest across the pond. It wasn’t long before the British started a barbecue society and held competitions.

The internet was the number one method people used worldwide to get access to tried-and-true techniques and recipes. These early innovators cannot be thanked enough for what they did for the breadth of barbecue knowledge available today. While many of the internet’s first barbecue websites still exist in their original forms, many others are disappearing. And some can only be found by deep diving into the internet archive.

I encourage those interested in the barbecue conversations from two decades ago to dig through some of these sites. It might just be surprising how little has changed. Publishers and content creators of today love to tout their new ideas and innovative methods. Still, the truth is that barbecue tradition has always managed to wander back to its roots where meat and smoke come together, just like the conversations that happen in the shadow of the pit.